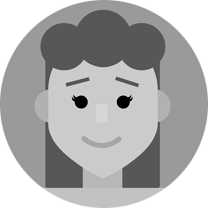 Once upon a time, a RegTech story

The various crises that occurred between the beginning of the 2000s and today (bursting of the Internet bubble, subprime crisis and collapse of Lehman Brothers, sovereign debt crisis in European countries and, more recently, Brexit), have had consequence of triggering a real “regulatory tsunami”.

One of the consequences of these events was an increase in the number of regulations applicable to the finance sector. From Basel I to Basel IV agreements issued by the G20, (to a multitude of new rules from Solvency II, AIFMD, MiFID/MiFIR, EMIR, UCITS, GDPR and three AML directives agreed by the EU; not to forget FATCA in the US and Sapin II in France. All have added to the consistently growing body of local and international regulation binding the financial industry.

More recently, in the context of health and the negative impact of Covid 19, we have seen the emergence of new texts to provide a stronger framework for pandemic/health risk, and touching on new risks such as cybersecurity, linked to working from home. There is also climate risk and the EU taxonomy which has pushed ESG to the forefront of regulators and investors’ mind.

At the same time, notwithstanding all the new requirements, regulators have been increasing scrutiny which has led to more enforcement and hefty fines. Follow the link to see examples of sanctions in France imposed by the Autorités des Marchés Financiers – close to EUR 6 million in 2022 and counting. Whilst big companies can accommodate such risk of fines, it is harder to bear by small/midsize companies.

That is why French RegTech emerged in 2010 but it is only in recent years, with the advent of the covid crisis, that we witnessed a real interest from the market looking for answers and assistance from digitalisation.

What about the Reg Tech boom in France?

In the last two years, French RegTechs experienced unprecedented development as evidenced, in particular, by the increase in the sums raised during their funding rounds. These start-ups are attracting more and more financial institutions and companies facing ever-increasing regulatory constraints.

In 2021, French RegTechs have undoubtedly taken a step forward. Start-ups, which use cutting-edge technologies to simplify and accelerate regulatory compliance for financial institutions and companies, have raised nearly 400 million euros, an amount up 100% in one year, according to France FinTech. “RegTech captured around 18% of the sums collected by Fintech over the period”, noted Alain Clot, president of France FinTech. It has therefore established itself as the second best-funded segment of the ecosystem, behind banking service providers embodied, by neobanks. The size of RegTech has also grown significantly: from just over 90 at the end of 2020, the number now stands at more than 140. We expect the sector could be made up of 200 to 250 companies by the end of 2023.

This growth is primarily explained by the health crisis as noted above, which has prompted many financial institutions and companies to use RegTechs as they often operate using SaaS solutions or through the use of APIs which offer more flexibility in some cases.

This is what we do at LEO by digitalising management companies’ internal controls by embedding the industry best practice into the software.  Leo also offers 1st level of controls tools to allow efficiency on all compliance aspects. As a result, compliance officers are able to focus on the regulatory challenges and priorities and are strengthened in their role as decision makers on critical compliance operations.

The digitization of risk and compliance systems has given rise to new needs for certain skills, capable of handling new technologies and integrating them into regulatory due diligence. The risk and compliance functions now face a real challenge of transformation: they can ignore the pace of change and potentially suffer the consequences or adapt using industrialization of processes, digitalization and talent management to bear with the times and gain capacity.

What’s the position of French RegTech in the world?

The geographical distribution of RegTech confirms a strong domination of Anglo-Saxon countries (USA, United Kingdom and Ireland) which seem to favour the emergence of young entrepreneurs. This is also explained by i) a more developed ecosystem of venture capital structures and ii) a high concentration of talent in technological fields notably in the USA.

According to the management and tech consultancy Bearing Point “France comes in 5th position with approximately 6% representation in our database but with the ambition of making France one of the most attractive countries in the world for start-ups. The ecosystem (French Tech, France FinTech, etc.) is already in place to promote excellence in the sector in France and abroad, and to represent French RegTechs with public authorities and the regulator”.

Watch this space and get ready, the story continues and the next Unicorn in this fairy tale may well be French…

Leo is a RegTech system that increases the efficiency and effectiveness of human resources by automating the manual elements of the reporting process. To know more about Leo France click on the link below.

Why are companies crazy about Online training?

Online training has become incredibly popular in the last 3 years. COVID-19 pushed this to become the first source of training for companies.

The economic differences have always been the biggest and most interesting ones. However, today we want to focus on other differences, notably what...

In the last two years, French RegTechs experienced unprecedented development as evidenced, in particular, by the increase in the sums raised during their...

This website uses cookies so that we can provide you with the best user experience possible. Cookie information is stored in your browser and performs functions such as recognising you when you return to our website and helping our team to understand which sections of the website you find most interesting and useful.

Strictly Necessary Cookie should be enabled at all times so that we can save your preferences for cookie settings.

If you disable this cookie, we will not be able to save your preferences. This means that every time you visit this website you will need to enable or disable cookies again.